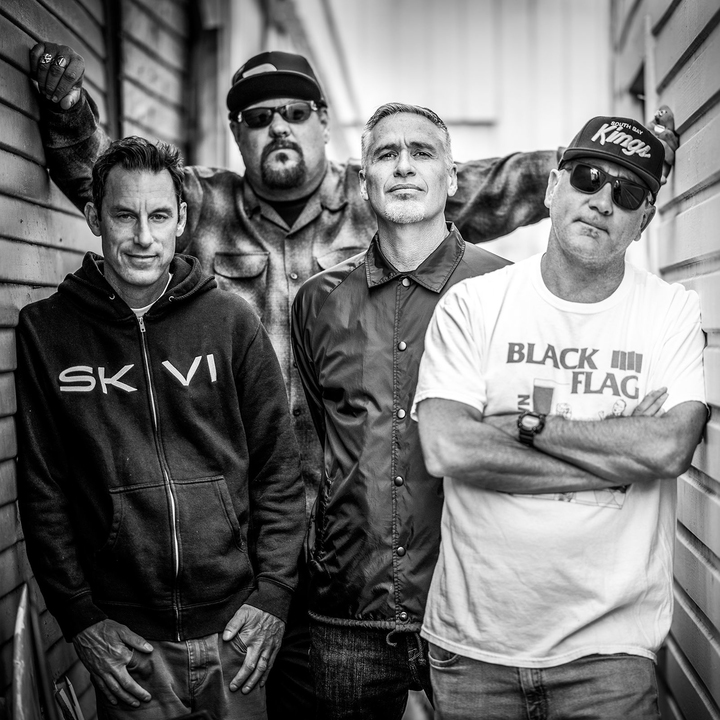 Fletcher Dragge of Pennywise said, “Hey what’s up people? After a long search, we have found the perfect brewery to partner with on our new beer, Unknown Road. Our good friends at El Segundo Brewing have created the perfect beer for those long summer days that roll into a good night. Best when served ice cold!!”

It’s no surprise that this search led Pennywise to El Segundo Brewing Company in their own back yard. For Pennywise, friends have always been family, and their South Bay home not just a beach community with a rich punk-rock history, but also a way of life. If the flavor of Pennywise could be captured in a beer, it had to happen here.

El Segundo Brewing Company Owner/Brewer Rob Croxall said, “This is a really fun collab and we’re stoked that Pennywise wanted to work with us on it. They said they wanted an ‘all day drinker,’ and for that you don’t want something that’s too hoppy like an IPA, you really want a malt driven ale, basically ‘beer flavored beer.’ It’s a classic style that matches perfectly with a legendary South Bay band.”

The Unknown Road can label graphic pays tribute to the band’s album of the same name, featuring album cover art, lyrics from the title track, as well as a QR code linking to an instrumental version of “Unknown Road.”

Recently, Pennywise fans got an early taste of their Unknown Road craft beerwhen itdebuted at the band’s six epic sold-out shows at Southern California’s Garden Amp. For the first time ever, Pennywise performed their first five albums in full (one per show), and then added a sixth show as a bonus for fans. The beer was an instant hit, selling out all six nights.

Formed in the South Bay of Los Angeles—a neighborhood with a rich punk-rock history—in 1988, Pennywise went on to amass an international following with their relentless touring and a melodic, high-energy sound fusing classic punk, surf punk, and blistering hardcore. Through the years, Pennywise have solidified their place in punk history with iconic songs like “F*ck Authority,” “Alien,” and “Bro Hymn” (their timeless ode to brotherhood and departed friends). Pennywise have released 11 albums over the last three decades, including: Pennywise (1991), Unknown Road (1993), About Time (1995), Full Circle (1997), Straight Ahead (1999), Land of the Free? (2001), From The Ashes (2003), The Fuse (2005), Reason To Believe (2008), Yesterdays (2014), and Never Gonna Die (2018). Resolutely working outside the margins of the mainstream, the band has emerged as an enduringly vibrant staple on SoCal radio airwaves and the worldwide festival circuit.

El Segundo Brewing Company is an independently owned craft brewery that started production in May 2011. Founded over a love of hops and a desire to locally brew the beer they love most, the West Coast IPA, they quickly were put on the map as one of the premier West Coast IPA breweries. And while hop forward beers make up an overwhelming portion of what ESBC does, as the brewery grows and expands its reach, they’ve been making a name for themselves with their lagers and barrel aged beers. ESBC also operates a satellite taproom/pizzeria called “The Slice & Pint.” This offshoot features ESBC beer alongside a selection of guest taps and features a menu that’s heavy on hand-tossed and pan pizzas as well as a wide selection of appetizers and salads.

We believe in quality before quantity. Please drink responsibly.