Peter Dankelson Band to release their debut EP “ALL SCREWED UP” on May 20, 2022. 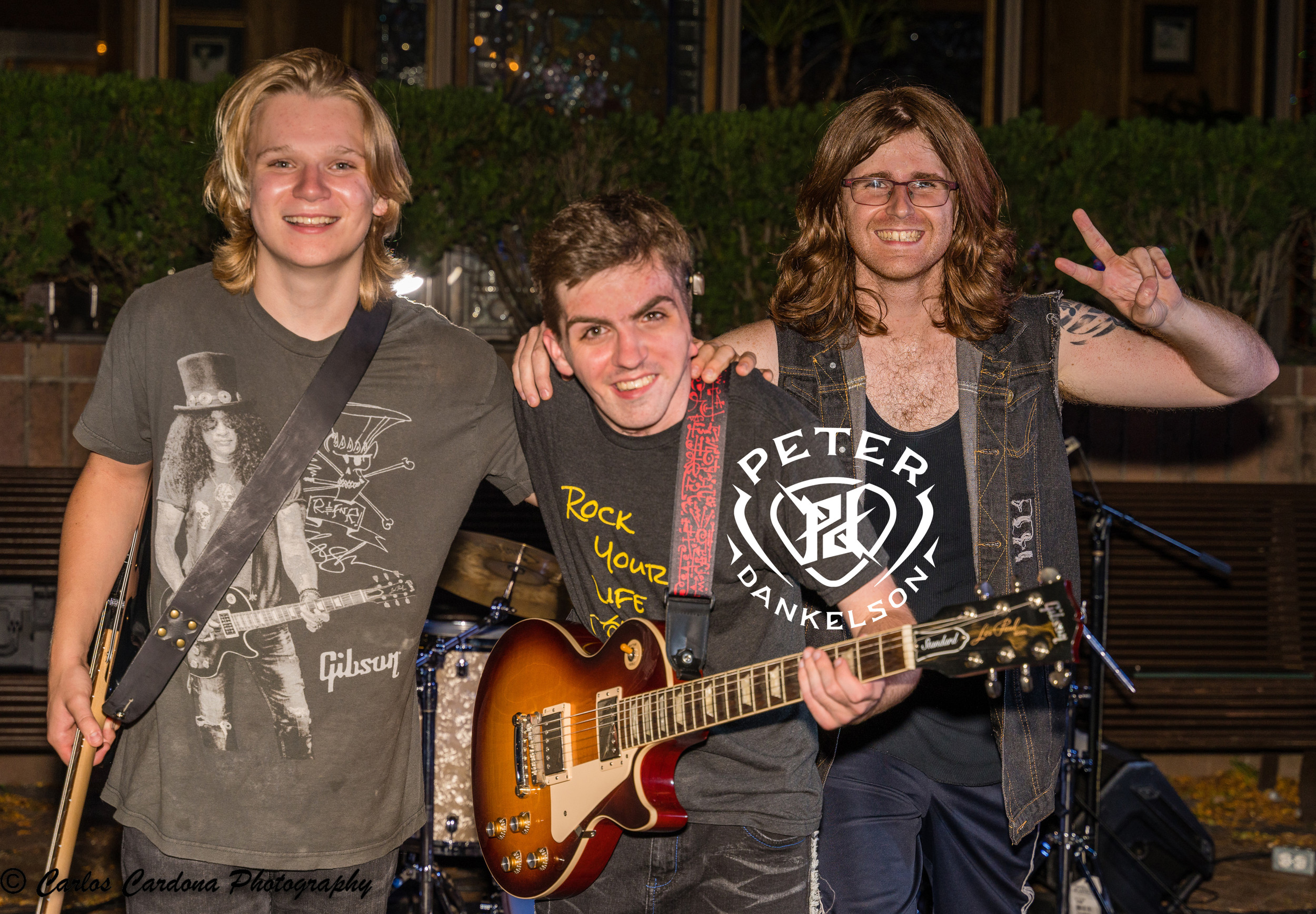 If you haven’t heard Peter Dankelson perform, then most likely you still own a rotary phone. Peter Dankelson is a 21-year-old entrepreneur and co-owner of Pete’s Diary LLC. His company manages, publishes, and distributes, his music and motivational speaking. You might think a lot of people do these things, but for Peter it didn’t come easy. He was born with Goldenhar Syndrome. The syndrome is a rare disorder that affects the formation of the skull, head, and face. Because of this Peter has braved 37 surgeries to help correct many things most of us take for granted like hearing, swallowing, chewing, etc. Peter is obviously a fighter and hasn’t let this stop him from pursuing a career in music. Peter started playing guitar when he was 15 and has never looked back. He is a Tic Tok and social media sensation playing covers of just about every iconic rock band there is. Always moving forward, Peter joined together with  Ryan “Rocky” Johnson on drums and Mac McRae on bass and vocals formed the PETER DANKELSON BAND and are about to release their debut EP on May 20, 2022. The first single, Girl In A Magazine, is available now. (see link below) I suggest you check out his band and Peters autobiography “How I Learned to Rock My Life” available everywhere books are sold online. We at INNERSOURCE wish Peter and the PETER DANKELSON BAND continued success!

Check out their new single “Girl in A Magazine”

The Peter Dankelson Band formed in late 2021
with Ryan “Rocky” Johnson on drums, Mac McRae
on bass and vocals, and Peter Dankelson on guitar.
They play blues-based rock originals and classic
rock favorites.
The band’s debut EP was recorded at Wire & Vice
Studio in Milwaukee, Wisconsin with producer and
singer/songwriter Trapper Schoepp. The EP of five
original tracks will be released and distributed by
Pete’s Diary LLC, which has over half a million social media followers.
The Peter Dankelson Band is available for touring
and private events. They are based in Lake County,
Illinois. Email Dede@PetesDiary.com for inquiries.