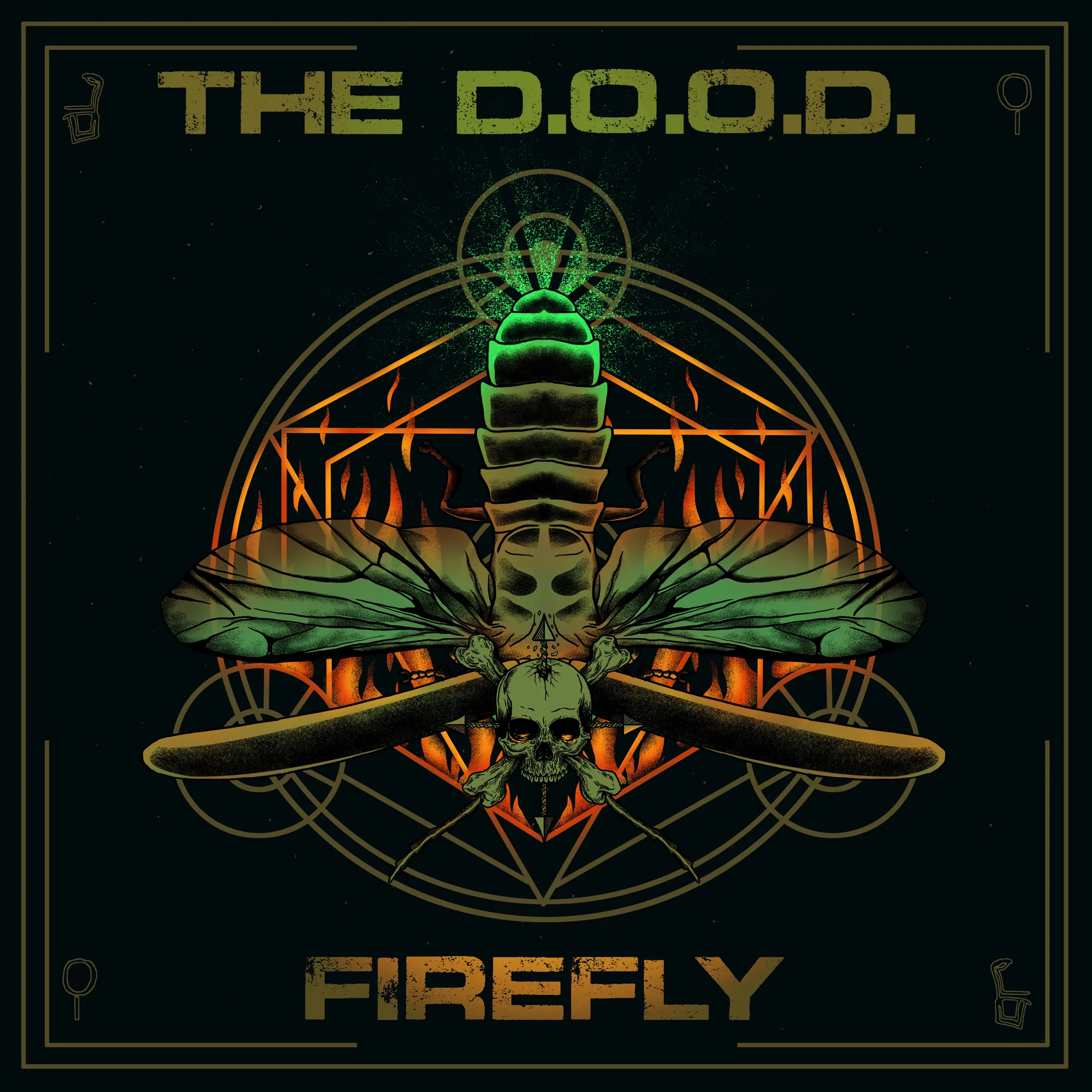 Firefly is the 5th studio album from the DOOD, produced by the legendary Matt Laplant, this album is the strongest effort to date from the band. Firefly combines traditional heavy metal, with industrial sensibilities and a thoughtfulness that strives and succeeds to encapsulate the energy of their live performances along with a flow that makes it extremely engaging from the first to the last track. Currently the release date for this album is set for June 4th, 2022

I have been working in the Florida local music scene for years. Everyone knows about the band The D.O.O.D. Some bands tend to fade away with time, but the D.O.O.D. just comes back stronger every year. They have always set themselves apart from other bands not just because of their hard driven vocals, and musical prowess, but also because they mix a stage show with social, ethical, and sometimes political, impact.
Their new album is no exception. Like all of their other music and releases this album delivers a special power punch highly accentuating their talent and the family they have created within the band over the years. They probably have one of the largest hardcore fan bases in Florida, because nothing compares to seeing them live. This album comes close to the feel of a live show, and gives you a definitive example of the type of music this band is generating
Track 1 like Track 4 are short and sweet. “Post Apocalyptic Firefly Baby” and “Get Your Tickets Now” are mixed almost like industrial metal. It’s a great introduction to that fun almost circus like atmosphere that THE D.O.O.D. brings to their live shows. More fun than hard but interesting. I enjoyed every track this album offered, and knowing the band as well as I do I am so happy they are still creating something unique and different. Track 2 “The End” is my personal favorite on the album. It is an excellent example of the hard driving sound this band again not only performs on the album but also brings to their live shows. This album is set to be released on June 4th. You are going to want to grab this one ASAP. Please like subscribe and follow The Distinguished Order Of Disobedience as they soon start a national tour. We at INNERSOURCE wish them continued success!!!!!