FIRE AT THE HAVEN 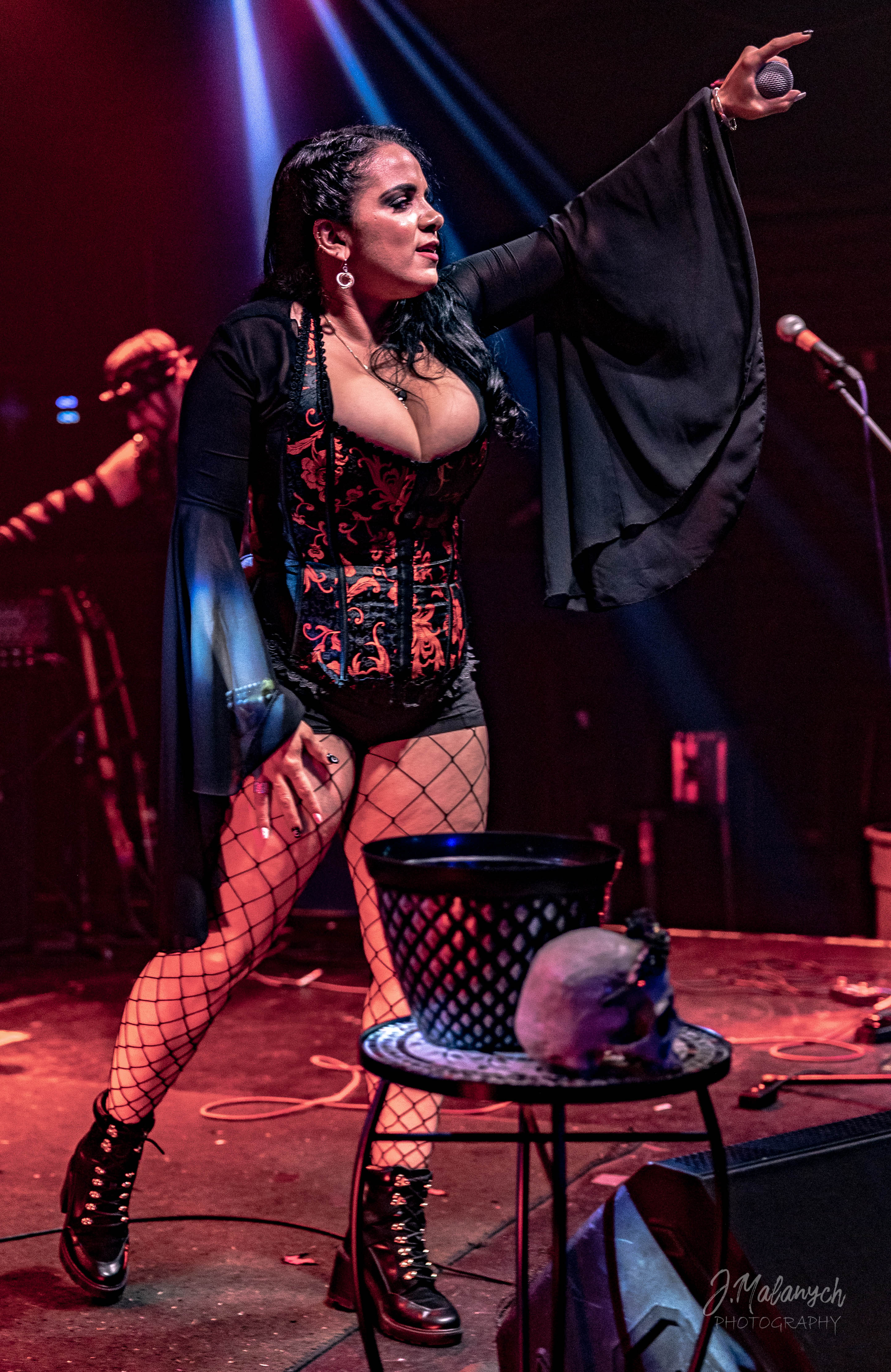 Once again, I don’t even know where to start. I was happy Terry Harger covered Earth Day Birthday for INNERSOURCE (Be on the lookout for his complete review and photos coming soon). We could have had doubled the coverage for EDBD, but since he is a veteran, this allowed me to do what I and INNERSOURCE media group do best, cover our LOCAL Florida bands.

The name of the show last night was THE METAL GODDESS SHOW and it was all that and so much more. 4 amazing female fronted bands took the stage last night. When I say took, I mean overtook the stage. There is no way to write individual reviews about each of these bands. Every single band came, took the stage, and destroyed, leaving a wake of nothing but smiles, screams and fan cheers. Two things did stand out last night. SHADOW THE EARTH covered Gwen Stephani’s Hollaback Girl and made it completely their own. I love the song, the crowd loved the song, and I have no doubt, “excuse the pun” Stephani would have loved STE’s version. Another stand out from last night was LEVEL THE PLANETS vocalist inviting both singers from RED CALLING, and SHADOW THE EARTH, to join her on stage to sing Stevie Nicks “Edge of 17”. The crowd absolutely loved it. The night finished out with THE DEV who always brings an amazing performance. I have to say personally I was shocked to see THE DEV there last night and not at EDBD since they played ROCKVILLE in 2021. Well, EDBD’s loss was our gain. THE DEV never gives less than 150% and in my opinion are well on their way to becoming a national band. The final band on the roster was RED CALLING. This was my first time seeing them. Again, I have to say completely amazing. I can’t believe it took me so long to see this band perform. So many people have reached out to me and told me to put them on my radar. I am so glad I finally had the opportunity. Other than a few technical difficulties and there are always some, the bands performances were flawless. I am not sure who I need to tag but if there is a promoter out there looking for 4 bands to take on the road, you definitely might want to consider these 4 bands. I don’t want to waste anymore of your time, I will let the photos tell you the rest of the story last night. Thank you again SHADOW THE EARTH, LEVEL THE PLANET, THE DEV, and RED CALLING for 4 amazing performances. Wishing you all continued success from Jake Rage and INNERSOURCE media group!